HWDDDA is a project to help reduce production related CAPEX and OPEX through improved rod lift system design and reliability in deviated and horizontal wells. The project will gather true measured data of rod forces and stresses to help improve design software for rod systems. Downhole measurement tools developed for the project will then be available for analysis and refinement of rod systems in individual producing wells. Participants in the project will have first access to data, results, and developed tools.

In the 1990s, Sandia National Laboratory carried out a series of field tests on vertical wells to measure actual forces in sucker rods during production operations in the hopes of reducing sucker rod failures and improving the efficiency of rod lift systems, cf. http://www.sandia.gov/media/dynamo.htm.

From this data, researchers and operators were able to validate the use of the wave equation as a tool to calculate downhole data and accurately operate and control rod lift systems in vertical wells.

In the case of deviated wells, the assumptions used when applying the wave equation to sucker rod string technology are no longer valid since the contact between the rod string and the tubing introduces mechanical friction.

Using design software developed for vertical wells has resulted in rod lift systems in deviated and horizontal wells that are often either oversized or highly stressed. The inability to accurately model, anticipate and control mechanical friction is the cause for most sucker rod failures in deviated wells today.

This project championed by the Artificial Lift Research and Development Council (ALRDC) will measure actual downhole forces and stresses in rod systems operating in deviated and lateral sections of wells. Measurements from the project will then be organized into a database for reference and analysis. These measurements will allow refinement of existing rod system design software to improve design accuracy, potentially leading to the development of new software tools specifically for deviated and horizontal wells.

The project database will eventually be published and available to ALRDC members.

Results from downhole testing will be shared by ALRDC with Oil and Gas industry 5 years after test us concluded.

To join the project, please contact Victoria Pons at Victoria.Pons2020@gmail.com. 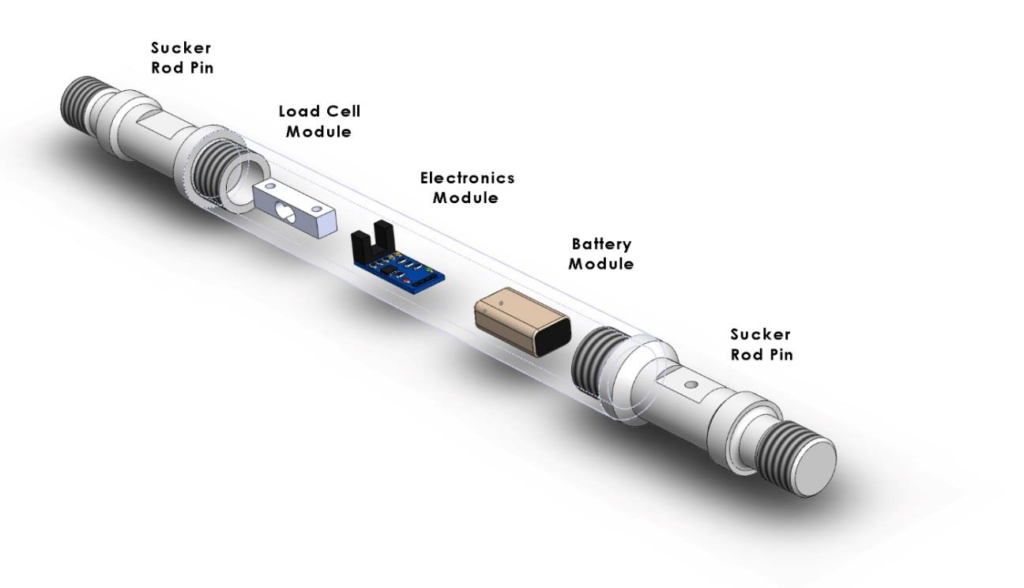 The Artificial Lift Research and Development Council (ALRDC) is an International, Private, Not for Profit organization. There are currently about 2,900 members. It has several functions. The most important are:

“Sucker rod pumping is the most highly used form of artificial lift in the world. And these days, most new wells are either highly directional or horizontal. The software used by the industry to design sucker rod strings is based on data collected in vertical wells. Therefore, it isn’t sufficiently accurate for design and analysis of rod strings in our newer wells.

ALRDC is excited to help sponsor an industry-wide R&D project to collect downhole dynamometer data on deviated and horizontal wells. This project provides the opportunity for many companies to share in the gathering and use of this new understanding. It can be used to enhance the design and analysis tools we use. This will provide significant technical and economic advantages to all who market, design, install, and use sucker rod pumping in deviated wells.

All companies that provide or use sucker rod pumping are encouraged to join this effort. ”

“Many of the several thousand of wells that have been completed as deviated or horizontal wells are currently using or in the near future will be using rod pumps to produce economically. Rod string design and pump operation analysis from dynamometer measurements are now undertaken by computer models originally developed for vertical wells and validated by the industry sponsored SANDIA Downhole Dynamometer project. No such validation has been performed on the rod string computer models that have been extended to deviated wellbores, those models are based purely on theoretical assumptions.

It is unwise and economically risky to apply the results of such extended models without having adequate validation of their accuracy.

Directly measured load data is required to perform such validation or to improve the accuracy of the existing software. The principal objective of the proposed project is to provide the necessary data about actual loading experienced by the rod string in a variety of non-vertical wellbore geometries. This task requires the development of a new generation of down-hole sensors and performing field measurements through the collaboration of operators and service companies under the guidance of ALRDC and its members. The success of this project rests in the willingness of all companies that use or provide sucker rod pumping systems to participate in this effort.”

“While the Sucker Rod Lift (SRL) method continues to be the most used technique for producing all types of oil, gas, vertical, deviated and horizontal wells, the main computer program software design tool has been recently evaluated showing variations in anticipated downhole loads at various depths in the field tested wells. This evaluation showed that there still are misconceptions and assumptions such as compressive loads and buckling that provide a wide variation compared to the Sandia test data obtained a few years ago.

Over time the computer design programs have been improved and have been modified to try to provide a more accurate prediction of rod string loads. However, downhole deviation surveys and resulting side loads were not originally collected during the Sandia study, which may have contributed to the differences in the expected loads.

Based upon these results a new project has been developed under the coordination of the Artificial Lift Research and Development Consortium (ALRDC) to attempt the development of a current generation downhole data collection tool and well evaluation testing to provide the industry with a more accurate data base to be used to develop better design software programs. This industry study should provide the much needed details on downhole deviation effects in vertical, horizontal, S-type and highly deviated SRL wells. Ultimately, these results should be able to answer the questions on the rod string loads with well depth and whether or not there is compression and/or buckling of the rod string with depth.”

“I wholeheartedly support the Horizontal Well Downhole Dynamometer Data Acquisition Project (HWDDDA). This is a logical and much needed extension of the 1990s work which pertained to vertical wells. My company, Nabla, participated in the earlier project. Our role was to make surface dynamometer measurements at the exact same time as the downhole dynamometer tool was making its measurements. The surface data was used in various downhole card programs for comparison with actual cards being measured with the downhole dynamometer (Albert) tool. In this way the downhole card programs could be evaluated and improved.

The work proposed for HWDDDA strikes close to my heart. The current methods for deviated wells trace to my 1992 SPE paper “Design and Diagnosis of Deviated Rod-Pumped Wells”. The downhole friction law in that work was largely theoretical. The practical import of the Gibbs Conjecture is that the precision of pump cards can be improved by improving the friction law in the wave equation. This is exactly what can happen when downhole measurements from the HWDDDA project become available. The theoretical law now used can be evaluated or replaced by a better law.”